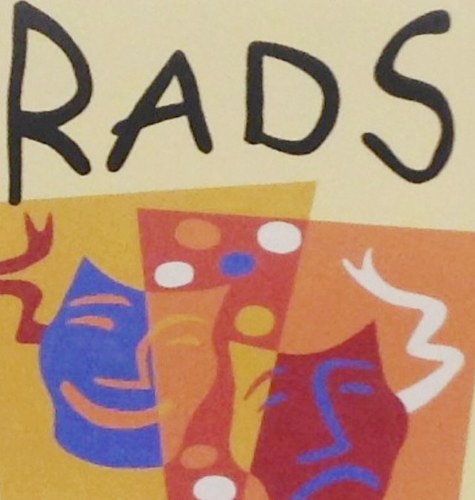 We are a small but beautifully formed amateur dramatic society in South Liverpool which has its roots in the Allerton United Reformed Church. The drama society was started by church member Margaret Shaw and has been in existence since 1975. The society has a cast and crew of over 25 members and puts on two shows a year in May and November, with  special fund-raiser shows each January.

Our production, due to take place in May 2020 was  postponed and re-scheduled for November 10th - 13th.   We trust that our regular patrons will understand. It will be "Funny Money" by Ray Cooney, always a good bet for a laugh. See you all? . Keep safe.

The last production was our annual variety show fundraiser for the church in the form of a theatre Dinner (two courses) on Saturday evening 25th January 2020 and a theatre Afternoon Tea on Sunday, 26th.

Our previous production ran from 14th to 17th November., 2019. It was the premier production of  "Subject to Contract" by local playwright Nick Broadhead. The action took place in their living room  where Wilf and Grace were visited by friends Kay and Miles. Kay, desperate for money to save her business and Miles had heart problems. There was some hilarious "funny business", and it  took take all Detective Sgt. Murray’s skills to get to the bottom of it.

Our offering in May (2019) was "It Runs in the Family", a comedy by the ever-popular Ray Cooney. Dr David Mortimer, happily married and in line for a knighthood - but .. did a past indiscretion scupper his chances?  See below for a review -

"Last week, our dramatic society's performance of "It Runs in the Family", by Ray Cooney, played  to packed audiences howling with laughter from start to finish. Brilliantly cast and directed, this fast-moving comedy was worthy of Brian Rix at his best, with each character played to perfection. The pace never let up and some of the routines had to be witnessed to be believed. Do hope you were able to  catch this splendid production - according to many, 'probably the best comedy RADS had put on for many a long year'."

Our now traditional January Theatre Dinner and Theatre Afternoon Tea were on Saturday  and Sunday 26th and 27th January 2019 in the form of a series of comic sketches. Many thanks to all who attended and helped in any way to put on two very successful events - especially the catering team.

Our November 2018 production was the hilarious comedy thriller - "Secondary Cause of Death" - by Peter Gordon, in the same style as last November's offering. It was 1939 and Inspector Pratt and Miss Maple once again locked horns in this Agatha Christie-type spoof, previously performed 10 years ago. Three nights and a Sunday afternoon matinee had audiences laughing and gasping in equal measure, with some a little mystified by "Who dunnit?"

Please see our website link for more information about the group, our previous performances and, if you are interested, about becoming a member.